Pope Francis will arrive in Canada on Sunday to commence a cross-country trip to seek penance for the devastation the Catholic Church inflicted upon Indigenous peoples who attended abusive Indian Residential Schools.

Following a historic apology given by the pontiff to Indigenous delegates and survivors of the notorious schools in Rome in April, the Roman Catholic pope announced his desire to “meet and embrace” the Indigenous community.

He said that “Unfortunately, in Canada, many Christians, including some members of religious institutes, have contributed to the policies of cultural assimilation that, in the past, have severely harmed Indigenous communities in various ways.”

The pope’s mission followed invitations he received from the Church and civil authorities in Canada, and from First Nations, Metis and Inuit Peoples in Canada.

The Catholic Church oversaw approximately 60 percent of the 139 federally mandated residential schools designed to forcibly assimilate Indigenous children into mainstream Canadian culture.  More than 150,000 Indigenous children attended the institutions from the late 1800s until 1997, when the last school closed.

Abuses were widespread and Indigenous languages and cultural practices were forbidden. The National Centre for Truth and Reconciliation (NCTR) has documented the deaths of more than 6,000 children at residential schools. Not all the deaths listed on the registry include burial records. But since 2017, the unmarked graves of thousands of Indigenous children have been discovered on the former grounds of residential schools across the country, and searches continue.

On Monday, the first full day of his trip, the pope will visit the former site of the Ermineskin Residential School in Maskwacis, Alberta, about 100km (62 miles) south of Edmonton. The NCTRC recorded 15 children who died while attending the school. However, the Maskwacis leadership began searching for unmarked graves last year using ground penetrating radar and has not yet released the findings of its search.

In a statement, the Maskwacis Tribal Council representing the four local First Nations emphasised the importance of the visit.

“This is a pivotal moment for the world to witness and understand the impacts of the intergenerational traumas suffered by Indigenous people in residential school systems in Canada and around the world,” it said. “This is an important step towards reconciliation for everyone to be a part of.”

Later on Monday, the pope will meet Indigenous people and members of the parish community of the Sacred Heart Church of the First Peoples in Edmonton, Alberta.

On Tuesday, the pontiff will hold an open mass at Edmonton’s Commonwealth Stadium and then travel to the Lac Ste Anne Pilgrimage, an annual event that attracts thousands of Indigenous participants from throughout Canada and the United States.

Rod Alexis, an elder and residential school survivor from the nearby Alexis Nakota Sioux Nation, told a July 21 news conference that the process of healing and reconciliation with the Catholic Church will be difficult, but necessary.

“We see a lot of our young people dying today because of the drugs, alcohol, the effects of the trauma that they went through,” Alexis said. “The only way we’re going to deal with this is to go back to our teachings. To have reconciliation, you have to have peace within yourself.”

He went on to thank the pope for coming to Canada and noted that the pontiff “carries the burden of the Catholic faith” but there are “a lot of other ones, this journey is the religious part of it, but we also have to heal in other areas. This is what this country needs.”

However, in a July 22 news release, the Assembly of First Nations’ leader Roseanne Archibald and Regional Chief Gerald Antoine expressed concern that community members and survivors were being “re-victimised in this unilateral process”.

“Our staff have reported to us a pattern of disregard by organisers of the papal visit when it comes to planning and key decision-making regarding the Pope’s itinerary,” they wrote.

“This has evolved to be more for the benefit of the Canadian Catholic parishioners and the global Christian community and less about actual moves for reparations and reconciliation with the First Nation community that was harmed by institutions of assimilation and genocide.”

They stressed that the anticipated apology on Indigenous lands represented a “monumental moment for us and may serve to help put our shared collective pain behind us. What we need to do, then, is to acknowledge it together and work together in a spirit of true collaboration on the healing path forward.”

The pope is next scheduled to visit Quebec City on July 27, where he will meet Prime Minister Justin Trudeau and Governor General Mary Simon, and later deliver a public address.

On July 28, the pontiff is scheduled to travel to Sainte-Anne-de-Beaupre for a mass. Between 10,000 and 15,000 guests are anticipated to attend.

“The pope is very much looking forward to coming here,” the archbishop of Quebec, Gerald Cyprien Lacroix, said. “Despite his limited health, he will be fully present with us to live this next step in the process of reconciliation and healing with the Indigenous Peoples of our country.”

During the last leg of his visit, Pope Francis is scheduled to meet Indigenous leaders from Eastern Canada on July 29 before flying to Iqaluit. There, Francis will have a private meeting with residential school survivors and attend a public community event. 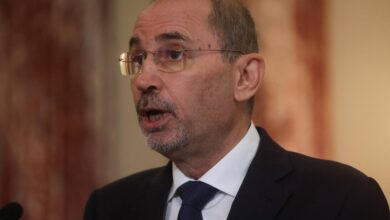 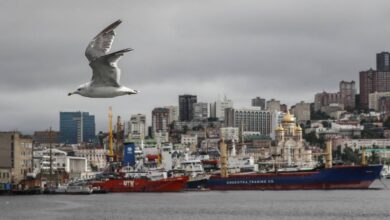 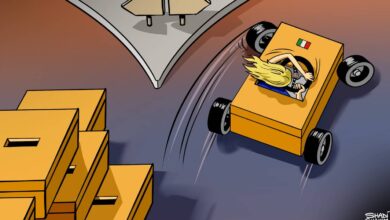 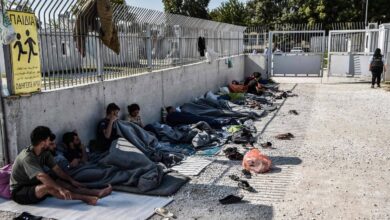