A Hong Kong committee stacked with pro-Beijing loyalists has elected an official who oversaw a crackdown on the city’s democracy movement as its next chief executive.

John Lee won 1,416 votes of approval from the 1,500-strong Election Committee on Sunday. Eight voted against him.

His election places a security official in Hong Kong’s top job for the first time.

The former secretary for security in Hong Kong ran under the slogan “Starting a new chapter for Hong Kong together” and was the sole candidate in the polls.

The 64-year-old was sanctioned by the United States in 2020 for his role in implementing a Beijing-imposed national security law that has crushed the city’s democracy movement.

More than 150 people have been arrested under the legislation, which outlaws what it terms secession, subversion, terrorism and collusion with foreign forces to intervene in the city’s affairs. Nearly all prominent pro-democracy activists have also been jailed, with others fleeing abroad or being intimidated into silence.

Civil society groups have been disbanded while liberal media outlets, such as Apple Daily and Stand News, have also been shut down.

Chinese authorities say the law is necessary to restore stability after protracted pro-democracy protests in 2019.

Beijing hailed the near-unanimous result on Sunday saying it showed “Hong Kong society has a high level of recognition and approval” for Lee.

“This is a real demonstration of democratic spirit,” the Hong Kong and Macao Affairs Office said in a statement.

Sunday’s vote followed major changes to Hong Kong’s electoral laws last year to ensure only “patriots” loyal to Beijing can hold office. The legislature was re-organised to all but eliminate opposition voices.

As the Election Committee gathered to cast their ballots on Sunday morning, three members of the League of Social Democrats, a local activist group, protested the election by attempting to march towards the poll venue while displaying a banner demanding Hong Kong residents the right to vote both for the legislature and the chief executive.

“Human rights over power, the people are greater than the country,” the banner read. “One person, one vote for the chief executive. Immediately implement dual universal suffrage.”

Few of Hong Kong’s 7.4 million residents have any say in choosing their leader, despite China’s promises to one day grant full democracy to the former British colony, which returned to Chinese rule in 1997.

One protester was handing out flyers before police arrived and cordoned off the demonstrators and the banner. Police also searched people’s belongings and took down their personal details, though no arrests were immediately made.

“This is what John Lee’s new chapter looks like, a shrinking of our civil liberties,” said protester Vanessa Chan as dozens of police officers looked on.

“We know this action will have no effect, but we don’t want Hong Kong to be completely silent,” she added.

“The European Union regrets this violation of democratic principles and political pluralism and sees this selection process as yet another step in the dismantling of the ‘one country, two systems’ principle,” Josep Borrell Fontelles said in a statement.

“The European Union attaches great importance to the preservation of Hong Kong’s high degree of autonomy as well as respect for human rights and fundamental freedoms, including media freedom, democratic principles and the rule of law, in line with the Basic Law and with international commitments.

“The EU calls on Chinese and Hong Kong authorities to abide by their national and international commitments, notably the ultimate aim of electing the Chief Executive and members of the Legislative Council by universal suffrage.”

In his election campaign in the weeks leading up to the polls, Lee pledged to enact more national security laws for Hong Kong and promised to increase the housing supply in the world’s most expensive real estate market.

He also said he would improve the city’s competitiveness and set a firm foundation for Hong Kong’s development.

More than 60 believed killed after school attack in east Ukraine 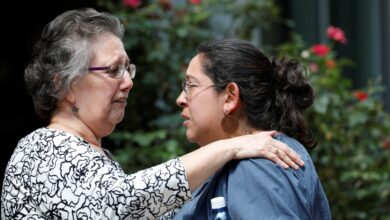 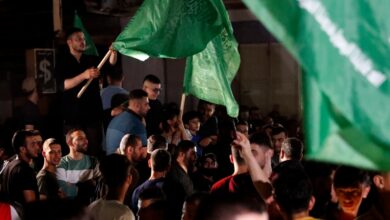 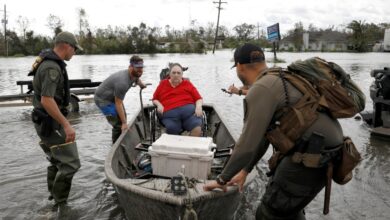 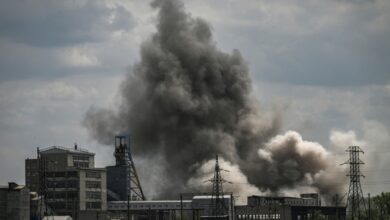