The special US congressional committee investigating the January 6, 2021 insurrection at the United States Capitol will hold a highly-anticipated public hearing this week on the status of its probe into the deadly riot.

The panel has said Thursday evening’s hearing – the first of several to be held in June – will “provide the American people with a summary of our findings about the coordinated, multi-step effort to overturn the 2020 presidential election”.

The session will be carried live on most major US television news networks in prime time, something experts say aims to draw the American public’s attention to what has so far been a drawn-out and somewhat fragmented process.

“This is the committee’s opportunity to put together a coherent narrative for the American public,” said Diana C Mutz, a professor of political science and communication at the University of Pennsylvania. “Information that comes out gradually in dribs and drabs over a long period of time has not accomplished that.”

Mutz told Al Jazeera in an email that it is not entirely clear what to expect because the committee has kept things under wraps, but “the central question is the role of then-President [Donald] Trump in coordinating and orchestrating what happened on Jan. 6”.

The Select Committee will hold a hearing to provide the American people with a summary of our findings about the coordinated, multi-step effort to overturn the 2020 presidential election.

That day, a mob of Trump supporters stormed the seat of the US legislature in Washington, DC, as Congress was meeting to certify Joe Biden’s presidential victory.

The riot broke out after Trump for weeks had said the election had been “stolen” through widespread voter fraud, a false claim he repeated in an incendiary speech delivered to a crowd near the White House shortly before the Capitol building was breached.

Images of pro-Trump rioters scaling the Capitol’s walls, breaking through windows, walking unimpeded through the halls of Congress and rummaging through legislators’ offices shocked the nation and the world – and raised troubling questions about what had incited such violence.

In June 2021, the House of Representatives voted to form a select committee to investigate. Made up primarily of Democrats, but also counting two Republicans, it was tasked with examining the “facts, circumstances and causes” of what it dubbed the “domestic terrorist incident” at the Capitol.

Since then, the panel has interviewed more than 1,000 people, according to US media reports, and subpoenaed several top Trump aides and Republican legislators, as it focused much of its efforts on looking into the involvement of Trump and members of his inner circle. It is expected to provide a final report in September.

Alex Keyssar, a professor of history and social policy at the Kennedy School of Government at Harvard University, said the House committee will likely use Thursday’s hearing to lay out a presentation of its findings – and reveal some new information that has not been released publicly yet.

“I don’t know what that will be, but I would expect that some part of what they’re going to be trying to do is provide a reason for people to watch and keep watching,” Keyssar told Al Jazeera.

He said comparisons have been made to the early 1970s, when Congress held hearings on Watergate – the political scandal involving then-President Richard Nixon – that were televised nationally and drew considerable public attention.

But “what was happening on television [then] was the unravelling of the story that people didn’t really know, and [they] didn’t know what the outcome was going to be”, he said, noting that in the case of January 6, “most people I think are kind of locked into their own interpretations”.

“That said, new information in a receptive audience; it does alter the way people think.”

So far, Republican legislators have sought to cast the committee’s work as partisan, with some former Trump administration officials refusing to cooperate and Trump himself seeking to prevent the release of White House documents to the panel, citing “executive privilege”.

Right-wing commentators also have dismissed the process. FOX News, the US cable news channel popular with right-wing audiences in the country, said in a statement this week that its “primetime programs will cover the hearings as news warrants”.

The American public’s view of what happened on January 6 – and who should be held responsible – also largely has been politically polarised.

A Pew Research Center poll conducted in the days after the riot found an overwhelming majority of Democrats and others who leaned towards the party – 95 percent – believed Trump was at least somewhat responsible. But that figure was vastly different among Republican and Republican-leaning respondents, 46 percent of whom said he bore no responsibility at all.

Against that backdrop, Paul Brace, a political science professor at Rice University in Texas, told Al Jazeera that “the focus of these [House committee] hearings in a practical sense [is] on the flexible electorate that could be attracted if the presentation isn’t eye-watering and dull”.

“What you’ve got to look at are marginal Democrats and independents, and maybe a thin slice of Republicans who are still flexible in their thinking about this,” said Brace, adding that he expects Thursday’s hearing to involve “a certain amount of stagecraft” to grab viewers’ attention.

He said the main questions will be: What went on in the White House on January 6? What happened on the ground? And are the two things connected? “They aren’t taking this lightly, nor will it be serendipitous,” Brace said about the hearing.

“They have a plan for Thursday night, that’s why it’s in prime time – and it’s like opening night.”

Debra Perlin, policy director at Citizens for Responsibility and Ethics in Washington (CREW), a non-profit group that has pushed for answers and accountability for the Capitol riot, said she expects the panel “to paint a narrative” about how January 6 “really brought our country to the brink of not just a constitutional crisis but a crisis of democracy”.

“I think that by telling the story and reminding folks of how close we got, there’s no reason that we can’t re-engage people who maybe have fallen prey to partisan lines in the intervening times,” Perlin told Al Jazeera.

While the committee’s powers are limited – it can make criminal referrals to the US Department of Justice, but it is ultimately up to the department on whether to lay charges – Perlin said the panel is laying out an important body of evidence.

“This is to tell the public the story of what happened, but the committee has also done a lot of legwork into uncovering the truth that could be used by state and local and federal prosecutors down the road should they choose to bring charges,” she said.

Keyssar at Harvard added that the committee’s work provides an important public record, and it also could have political ramifications going forward, as the US is preparing for critical midterm elections in November.

“I think that the hearings and the final report of the committee will provide a record that will be very important, certainly very important historically – to have a document, to have this testimony, to have it there as something that is there for people to look at and go back to, and judge,” he said.

“It also may play a role in numerous types of political debates in electoral contests in November and in 2024.”

UN plan to get Ukraine grains out faces hurdles 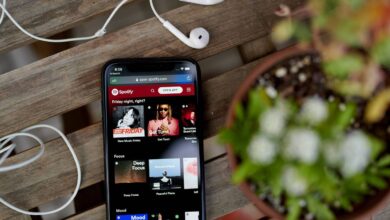 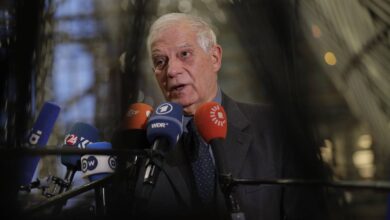 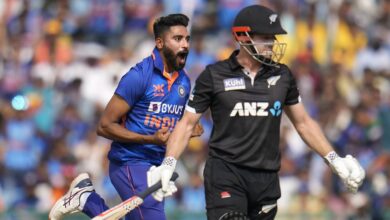 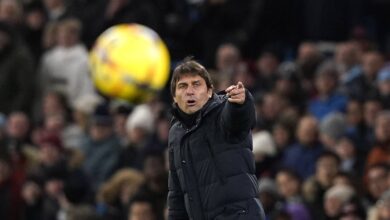